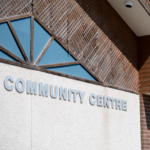 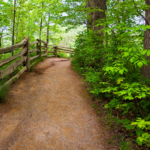 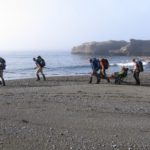 Are we missing something?

If you know about a resource we should add, please contact us by clicking the button below or emailing echambers@connectra.org.

Indoor recreational opportunities are imperative to keeping our bodies and minds active during the colder months, whether it’s fitness classes at a gym or going to the theater with friends!

This non-profit organization that provides activities for people with wheelchairs at any level – have locations in Penticton, Nanaimo, Surrey, and Vancouver.

Power soccer is an exciting sport played by individuals with many different types of disabilities. Anyone who uses a power wheelchair is eligible to play.

This non-profit organization for anyone who wants to participate basketball whether recreationally or competitively – it is also a beacon to recognize physical disabilities.

BC Blind Sports and Recreation Association

This organization provides physical activities for anyone with any level of visual impairment.

This organization that dedicated to the development and promotion of curling in BC – they offer accessible equipment for stick curling and for wheelchair. They also have locations in Langley, Marpole, and Vancouver.

This organization uses specialized strategies and equipment to support climbers who may experience physical barriers in the climbing world.

A recreation centre that has low intensity/low-impact activities for people with disabilities from swimming, yoga, chair yoga, etc.

Similar to its counterparts, the Surrey centre have a lot of services and activities options for people with disabilities.

This organization provides various accessible activities for adults with disabilities at Kootenay.

Virtual one on one adaptive fitness coaching for people with all disabilities and abilities. Access to dozens of adaptive home exercises and gym routines

Highly experienced adaptive fitness coaches offering tailored 1 on 1 based or group fitness classes via in person or online using Zoom.

Active Living Alliance for Canadians with a Disability

A society where every person in Canada, regardless of background or ability, has the opportunity to be active and healthy across their lifespan.

This is a directory of recreational events offered by SCI-BC.

One of UBC’s outreach program with the school of Kinesiology that offers a variety of movement-related activities.

SFU’s fitness centre offer many accessible fitness programs as well as pay parking for any who wishes to visit.

This organization offers accessible and inclusive dance classes for adults of all abilities, genders and backgrounds.

This health organization that is dedicated to use movement to stimulate happiness – they have locations throughout the Lower Mainland.

Abbotsford’s premium yoga studio that has a variety of classes available for everyone in any abilities.

Trinity Yoga offers 15-hour Accessible/Adaptive Yoga Training empower individuals to find their own ways to heal, using the body as a resource.

This award-winning program/partnership that helps people with permanent disability to feel included both in entertainment and culturally.

Realwheels Theatre creates and produces performances that deepen understanding of the disability experience. We tell stories in which disability itself is not the focus of conflict, but rather forms the landscape upon which universal issues are debated onstage.

Theatre Terrific provides opportunities to transform lives through the power of theatre. Vision a world where the artistic voice of disabled artists is seen, heard, challenged and respected.

VocalEye’s Live Audio Description Program is the first of its kind in Canada. Originally a program of Kickstart Disability Arts and Culture, their professionally trained describers provide the visual details of live theatre performance to blind and low vision audiences in Vancouver, Richmond, Surrey and Victoria, BC.

This organization runs customized theatre programs for children and youth with disabilities. DYT encourages creativity and self discovery through fun theatre exploration and offers a safe place to develop and share your artistic voice.

This organization gives artists with disabilities a voice. This can mean everything from facilitating a disability art group, to bringing an international film to Vancouver, to presenting art exhibitions and concerts.

Artists Helping Artists is an art studio collective where individuals of all abilities and skill levels are encouraged to come together to make art of all kinds! They provide artists with studio space, affordable materials and the opportunity to pursue their aspirations concerning artistic expression.

This is a directory of recreational events offered by SCI-BC.

A registered Canadian charity dedicated to people with physical disabilities.

From skiing the North Shore mountains to camping and scuba diving in Surrey, there is no shortage of opportunities for outdoor recreation in British Columbia.

This link provides accessibility information based on the park area.

This is a list of accessible trail, camping and activities nation-wide.

A guide to user friendly trails located on Vancouver Island.

Accessible natural reserve consisting of a lot of boardwalks

Close to New Westminster Quay, very accessible to many restaurants in the region

Seawells and other surrounding areas are accessible

Boardwalk in a rainforest off Prince George that leads to waterfall

A 3.5 kilometer trail located at Coquihalla Canyon Regional Park has reopened with a flat, accessible trail road available for all

This non-profit recreational organization based in Okanagan that services to people with physical and mental disabilities.

This organization that help provide outdoor recreational activity to be accessible for people with disabilities, from hiking, paddling, and more.

This organization promotes inclusive access to outdoor recreation for people of all abilities by providing adaptive equipment, opportunities, education and resources.

Power FOR ALL ADVENTURE THERAPY

Power for All is a not-for-profit adventure therapy society operating in Fort Langley and South Surrey. It offers adaptive stand up paddle boarding, kayaking, snowshoeing, scuba diving and zumba.

This organization uses specialized strategies and equipment to support climbers who may experience physical barriers in the climbing world.

This is BC’s only barrier-free wilderness campground.

These campgrounds have 25 accessible cabins available for rent.

This accessible campground is available for people near and visiting the Sunshine Coast.

This article from Prime Clean discusses how to Use a CPAP machine while camping.

This organization provides opportunities for people with physical disabilities to actively participate in gardening.

This organization that is responsible for development of Adaptive Snow Sports programs throughout BC – for sports mainly like skiing and snowboarding.

This organization that is responsible for development of Adaptive Snow Sports programs throughout BC – for sports mainly like skiing and snowboarding.

This organization that is committed to introduce recreational activities to people with disabilities in Whistler.

This organization that provides skiing training and events for people of all abilities and ages – accessibility inquiries can be made to the club.

Vancouver Ocean sports, formally known as Pogues Sports Canoe Club, is the only club in Vancouver that offers programs for everyone. From recreational to competitive, adaptive to junior, we truly are a club for the community and all its residents. Join us for Outrigger, Dragon Boating, Kayaking and fun.

Adaptive Sailing Association of BC

This organization provides opportunities for people with physical disabilities to experience recreational and competitive sailing in fully accessible sailboats.

This organization provides both therapeutic and parasport horseback riding and horsemanship to riders of all ages and abilities, as well as volunteer and employment opportunities (as available). PPTRA offers a non-waitlisted program, friendly welcoming atmosphere and has ADA approved mounting ramps as well as a power hoist at our universally accessible facility located in the pristine farmlands of Delta.

This organization provides a quality therapeutic riding program to benefit children and youth with disabilities.

Valley Therapeutic Equestrian Association is a non-profit charitable organization that has provided therapeutic horseback riding for children and adults with all forms of disabilities since 1983.

Here are some more resources to help you enjoy recreational programming.

Information on the accessibility services. Find out more by emailing Inclusion@surrey.ca.

At RAD, they fundraise and accept donations, which they use purchase assistive devices (sit skis, hikers, water toys, Paragolfer, Access Trax, …) so that you can rent or buy them.

Tetra volunteers have created thousands of assistive devices and gadgets that have helped with overcoming barriers in physical or environmental spaces.

The ACCVI Trailrider program is a group of volunteers that helps folks with disabilities venture out to many different parks within the CRD. Destinations include Gowland Todd, McKenzie Bight, Goldstream, East Sooke Park, Swan Lake, Mt. Doug and Royal Roads.

The Strathcona TrailRider program is focused on providing access to the Forbidden Plateau area where trails and facilities have been adapted to accommodate a TrailRider.

The intention of the TrailRider program is to provide opportunities or physically disabled and less mobile individuals to experience the outdoors.

HandyDART provides “the most responsive, professional and highest quality custom transit services to eligible users residing in the Lower Mainland.”

TransLink Parking permits and much more – “Sparc BC is passionate about working with people on income security, accessibility, and community development; and on the connections between them.”

Driving Miss Daisy offers services that improve the quality of life for seniors and those with disabilities or special needs. They provide much more than just incidental transportation from point A to B. It’s theit commitment to personal, friendly, through the door service that sets them apart and makes their clients smile.

Have you ever wondered what it would be like to travel to the East Coast of Canada or perhaps to Italy? But you can’t because you need an attendant to travel with you and the expenses are just too high. Well, check this organization out, they just might be able to help!

Please join our mailing list so that we can inform you of what is happening from events and workshops to new initiatives.